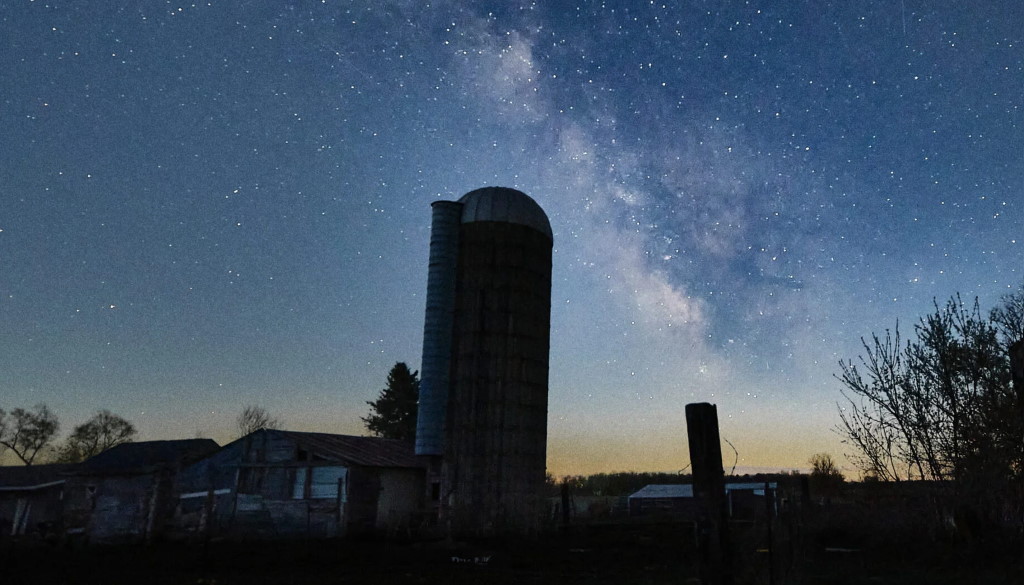 There’s an elephant in the middle of the room. What is that elephant? A simple question that has led to a warehouses of science fiction novels, billions of terabytes of wasted pixels, unending conspiracy theories that create fear and distrust, but also a question that can reflect a healthy curiosity most people have had at some point of their lives. What is an Unidentified Flying Object (UFO)?

Now, some of you might be thinking, “Finally, Fr. James is going to reflect on ‘the good stuff!'” To scratch your itch, yes I am! And, in fact, this is a topic I’ve wanted to reflect upon for some time, but haven’t for many reasons. What are those reasons? First, I’m no expert in the phenomenon of UFOs and have no “insider info” about what these objects are. Second, there is so much hysteria about the subject that I wouldn’t blame any of our bloggers at and readers of Sacred Space Astronomy for screaming at their screen this very moment with the words, “No, Fr. James! Veer off the runway… Don’t go there!” Alas, one of my character flaws is that I am willing to go where too many bloggers go, but shouldn’t. In that spirit, here we go!

Question: “Fr. James, did you ever see a UFO?” Yes, in fact, I did. When I was a child, I loved to lay on the ground of my parents’ farm on warm, clear summer nights and watch the night sky. I’ll never forget the night when I was looking at this bright object I thought was a star just above the horizon. Suddenly, the object moved in an odd fashion and returned to its original location. I sat up and thought what any red-blooded child would think if they saw this phenomenon: It’s aliens!

Now, many of you who are seasoned astronomers know where this story is going. What was my first UFO? Well, it turned out to be Venus and, since it was located just above the horizon, the increased density of the atmosphere I was looking through because of the curvature of the Earth bent the light and created the optical illusion of random motion. Welcome to my first UFO!

Objection: “But Fr. James, that’s obviously not a UFO!” To the contrary, it was. I saw an object, it was “flying,” and it was unidentified. From my vantage point now, looking back, it isn’t a UFO because I took the time to figure out what it was and, much to my embarrassment, it was an object that was easily identifiable on a star chart.

I use this story to demystify something that often gets obscured in the foggy cultural myst of UFO lore: Unidentified Flying Objects are simply that – Objects that move in the sky we can’t identify.

“But Fr. James, if that’s really the definition of a UFO, then anything that moves in the sky we can’t identify is a UFO.” Precisely, and the curiosity this observation creates should make us ask, “What is that?” From there, we have a choice to make – Remain ignorant of what these objects are or explore them so they cease to be unidentified.

Another UFO story from our family history was when my brother ran into the house one evening, terrified at these bizarre, random red lights he saw in the night sky that looked like explosions. When we went outside, sure enough, there were random, red lights that looked like they were explosions in the the night sky. Though this experience gave me a moment of fear, I remember my Dad say, “Listen.” As we calmed down and listened, we could clearly hear a rumble in the sky. “I bet those are fighter jets doing dog fighting drills.”

This experience happened before the age of the internet, so my dad looked in the newspaper and, sure enough, there was a story that morning warning people that there were going to be military aircraft performing drills and we should expect to see and hear some odd things in the night sky. Since that night, we now look forward to these drills. For whatever reason, the fighter jets usually end up over our farm. Its led to a family joke of, “I wonder how many times our house has been ‘bombed’ over the years?”

Did my brother see a UFO? Absolutely! And the fear of what it might be led our family to figure out what that object was, making it an identified object – and much to our relief.

There are more examples I could offer, but they would all lead to the same conclusion: There are things that we see in the sky, both day and night, that we can’t identify. The vast majority of these objects can be identified, which should bring about a level of comfort. However, my last example of military fighter jets brings me to the reason why I chose this week to write this post: What happens when there are objects that can’t be identified and remain UFOs?

If you follow the News, there has been a lot of chatter about a new series of objects in the sky that can’t be identified. To be honest, the first time I saw these reports, my thoughts ran to, “Here we go again, some bored kids and/or adults playing around with out of focus video cameras.” However, the report that followed these images in the News stories gave me a moment of pause. The United States Pentagon confirmed these images were taken by legitimate military personnel and there is a mystery as to what they are. In addition, a report has been mandated by the United States government from the Pentagon to declassify unidentified aerial phenomena (UAPs). When I saw this, memories of favorite science fiction novels and out of focus video camera work disappeared from my mind and a more practical question arose: What’s going on?

At this point, I could go on about my thoughts of the “Flying Tic Tac” or perhaps the fascinating piece from The New Yorker on why these unexplained areal phenomena are being taken more seriously. Both subjects are fascinating, but also provide a plethora of rabbit holes I have no interest in exploring. What I do want to emphasize is what I think is at the heart of this move to declassify UAP’s that truly is a global concern: Objects have been seen over nuclear missile silos that are able to alter the most deadly weapons on Earth and nobody can identify what they are.

As both a global citizen and someone who has never supported the development and use of nuclear weapons, I say let’s figure out what’s messing with these weapons! Now the thing that bothers me is that, predictably, the pieces I have cited not only contain the chilling observation of UAPs and nuclear missiles, but also contain a host of other “alien angles” I don’t want to reflect upon for many reasons. What I want to affirm that all of us can get behind is this: If there is something we can’t identify that is causing concern, let’s try to identify and understand what’s going on. Whether these events are something “otherworldly” or end up being something explainable that is very much from this world, it would be best for everyone to know what these events are and what can be done about them.

This is all well and good Fr. James, but what do you think about all of this stuff in the News? Well, I’ve been around long enough, seen enough odd things in the sky, and have been duped by enough creative hoaxes to definitely say, “Time will tell.” When I’ve had the opportunity to explore things I didn’t understand in the sky, there has always been a logical answer, making me think these images and events will have a logical answer too. And, from that standpoint, I think its safe to say that, for now, we’re being notified of things very smart people can’t identify that is concerning to them. However, let’s be careful not to jump to false conclusions and drink the Kool-Aid of cultural hysteria and sensationalism. Let’s figure out what they are so the unknown can become known.

Why the Upturn in UFO Sightings?

Across the Universe: The Church of UFO

Faith and Science (Fiction), but Different