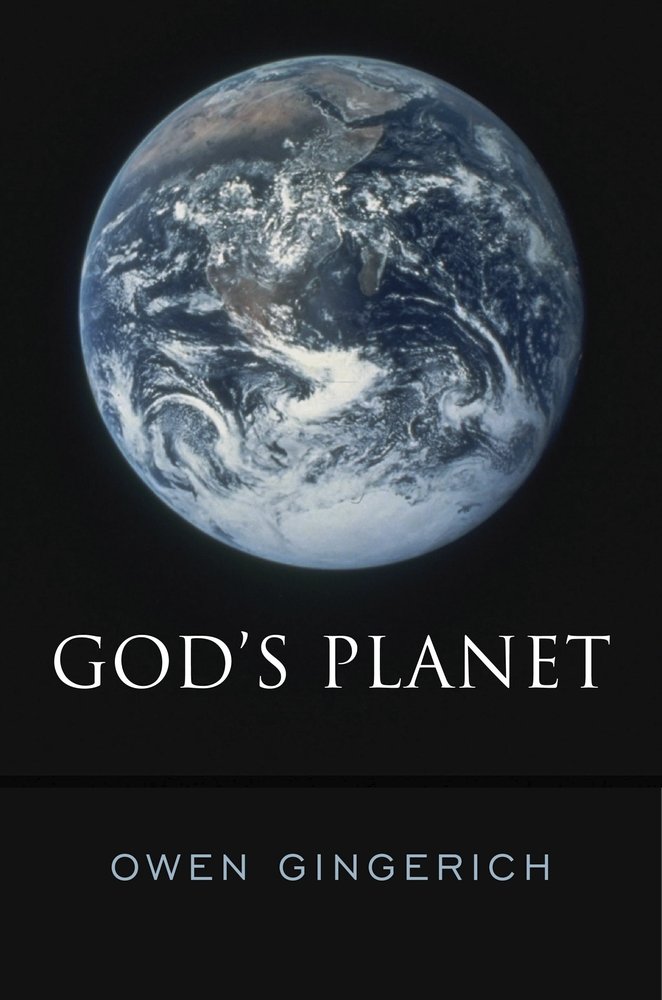 This short book was published in 2014 by Harvard University Press. It is by Harvard astronomer and historian of science Owen Gingerich. From the publisher:

With exoplanets being discovered daily, Earth is still the only planet we know of that is home to creatures who seek a coherent explanation for the structure, origins, and fate of the universe, and of humanity’s place within it. Today, science and religion are the two major cultural entities on our planet that share this goal of coherent understanding, though their interpretation of evidence differs dramatically. Many scientists look at the known universe and conclude we are here by chance. The renowned astronomer and historian of science Owen Gingerich looks at the same evidence—along with the fact that the universe is comprehensible to our minds—and sees it as proof for the planning and intentions of a Creator-God. He believes that the idea of a universe without God is an oxymoron, a self-contradiction. God’s Planet exposes the fallacy in thinking that science and religion can be kept apart.

Gingerich frames his argument around three questions: Was Copernicus right, in dethroning Earth from its place at the center of the universe? Was Darwin right, in placing humans securely in an evolving animal kingdom? And was Hoyle right, in identifying physical constants in nature that seem singularly tuned to allow the existence of intelligent life on planet Earth? Using these episodes from the history of science, Gingerich demonstrates that cultural attitudes, including religious or antireligious beliefs, play a significant role in what passes as scientific understanding. The more rigorous science becomes over time, the more clearly God’s handiwork can be comprehended.