In order to let my backlog build up a bit, I am taking “Across the Universe” offline for 2020. Instead, I am republishing a selection of other articles that I have written and published in various places… often obscure. 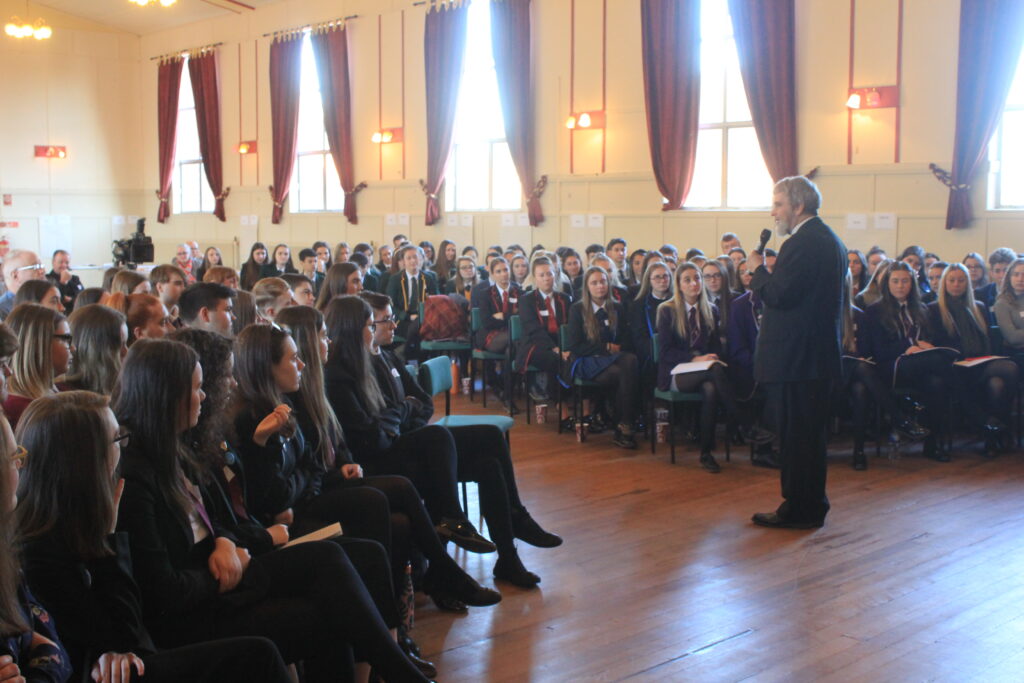 I give lots of talks; this photo shows me in Scotland last October, about 16 years after the talk that is reprinted here. In 2003 my hair wasn’t quite so gray.

This article comes from The Planetarian, the magazine of the International Planetarium Society – the folks who run planetariums. It’s based on a talk I gave them in 2003, and ran in their March 2004 issue. Click HERE if you want to see the whole issue.

Here’s the blurb that introduces the article:

Presenting astronomy to the general public inevitably involves one in the ongoing discussion of science and religion; in particular, one is likely to encounter members of the public who fear that their strongly-held religious views are disrespected or attacked by modern science. To deal appropriately with such attitudes, it is important to know the history of the relationship between science and religion; to understand the source of anxiety among those in the public who are mistrustful of science; and to be aware of one’s own attitudes towards religion and how these may unintentionally color the way we present our material. A brief survey of the history of astronomy shows that there is no inherent conflict, and much commonality, between science and religion. However, people unfamiliar with science often fear it as a substitute or threat to their beliefs, a fear that is compounded when science is presented in a way that does not respect its philosophical and religious roots. One successful strategy is to present astronomy within a religious context, even to the point of discussing one’s own religious affiliation, and always emphasizing the humility that comes with admitting that one’s knowledge is ever incomplete.

God Under the Dome