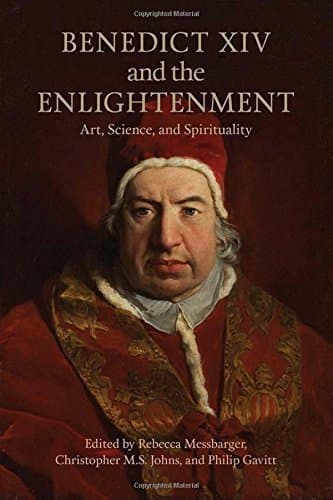 “Benedict’s Patronage of Learned Women”, by Marta Cavazza of the University of Bologna, is a chapter in Benedict XIV and the Enlightenment: Art, Science, and Spirituality, a collection of essays concerning the mid-eighteenth-century papacy of Benedict XIV (Prospero Lorenzo Lambertini), published by the University of Toronto Press. Cavazza writes:

[A] handful of women… received public recognition in eighteen-century Italy, especially in Bologna, for their philosophical [scientific], mathematical, and anatomical knowledge. The instigator and director of these events was in most cases Benedict XIV… [who] used his moral authority and his sovereign power to encourage and reward women who excelled in the fields of philosophy and medicine, helping them obtain public honours and academic positions that were reserved for men during that era… They became “a symbol of the successes of the Bolognese science” chiefly thanks to Benedict XIV’s patronage. The connection between the promotion of modern science and not only the recognition of the intellectual dignity of women, but also the legitimation of a role for them within cultural institutions (almost) equal to that of men, was undoubtedly one of the most original and progressive features of Pope Lambertini’s reformist engagement, an engagement carried on the the context of the brief season of the Catholic Enlightenment, not by chance coincident with his pontificate.

Click here for a preview of this article, courtesy of Google Books.