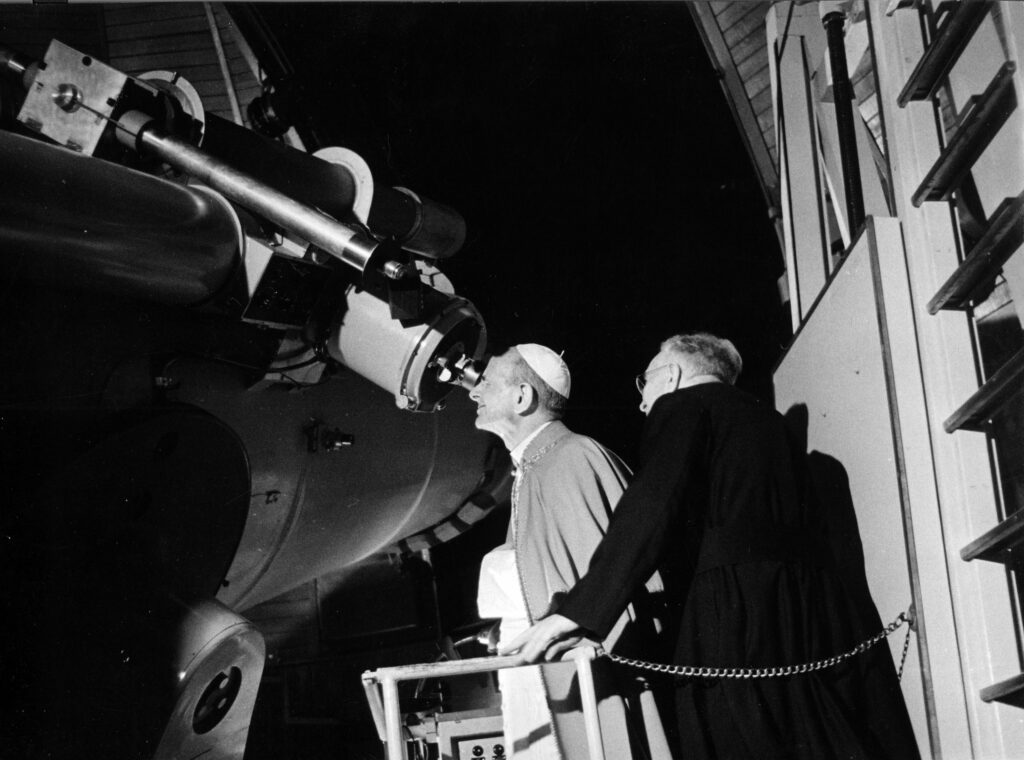 Regular readers of The Catholic Astronomer are familiar with this photograph, found at the top of the blog’s home page. But who is the Pope in this photo, and why is he looking through a telescope?

It is Pope Paul VI, canonized a saint today along with Archbishop Oscar Romero and four others.  In his time as the Supreme Pontiff, he oversaw the completion of the Second Vatican Council, and he was the first Pope in modern times to travel abroad from the Vatican when addressed the United Nations assembly in New York in 1965. 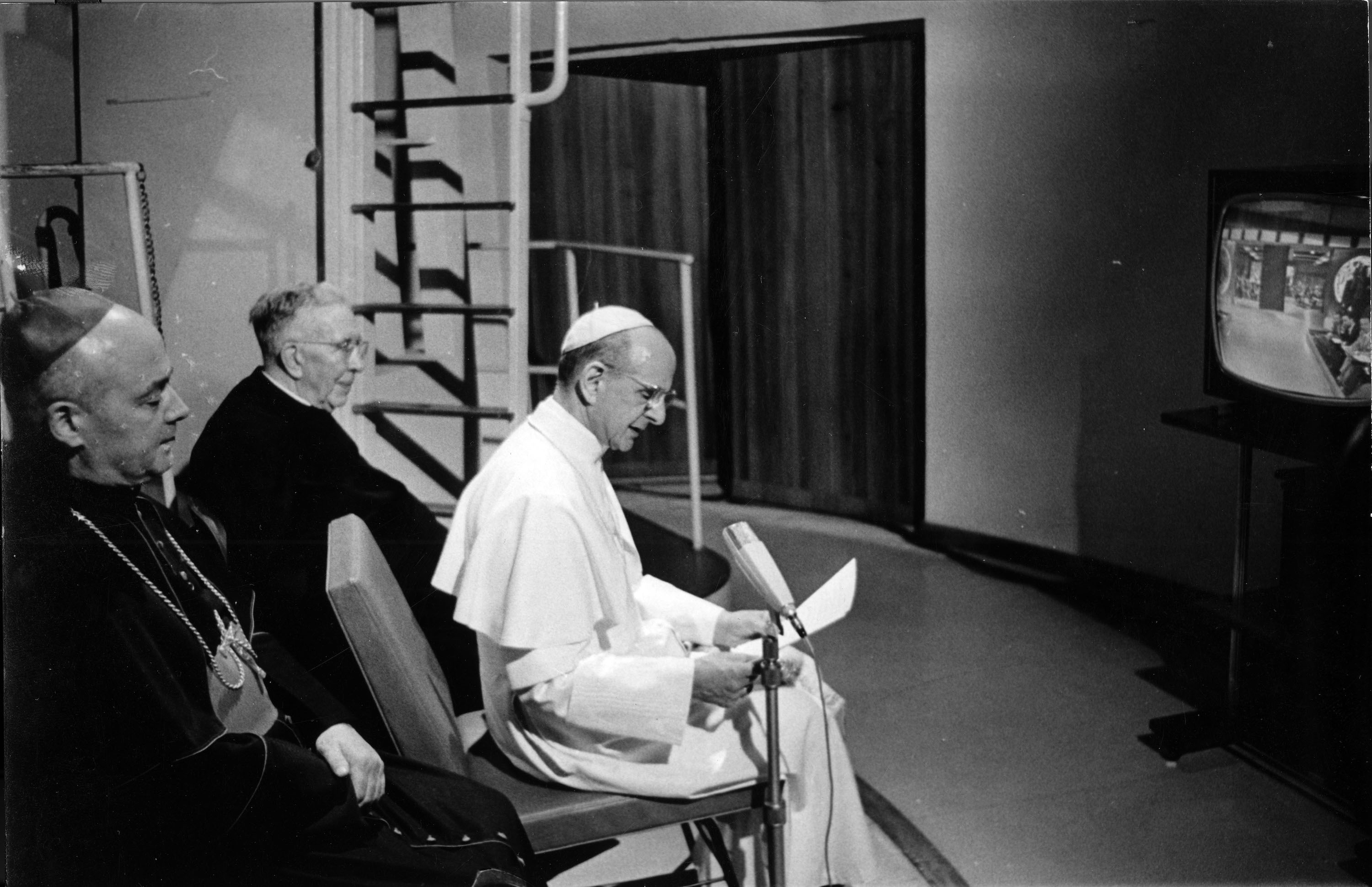 Pope St. Paul VI watching the Apollo 11 moon landing on TV and giving an address and blessing to the astronauts.

Attentive readers will recognize the date of the photo.  It is, of course, the date of the landing of Apollo 11 on the surface of the moon.  Pope St. Paul VI made a visit to the telescopes of the Observatory for the occasion, and watched the moon landing on TV from inside the Schmidt dome.  From there, he also gave an address and blessing to the astronauts.  The embedded video below shows coverage of the event. (Skip to 4:20 for his address in English.)  He said, “Here, from His Observatory at Castel Gandolfo, near Rome, Pope Paul the Sixth is speaking to you astronauts. Honour, greetings and blessings to you, conquerors of the Moon, pale lamp of our nights and out dreams! Bring to her, with your living presence, the voice of the spirit, a hymn to God, our Creator and our Father. We are close to you, with our good wishes and with our prayers . Together with the whole Catholic Church, Pope Paul the Sixth salutes you.” (Text taken from the archived documents on the Vatican website.)