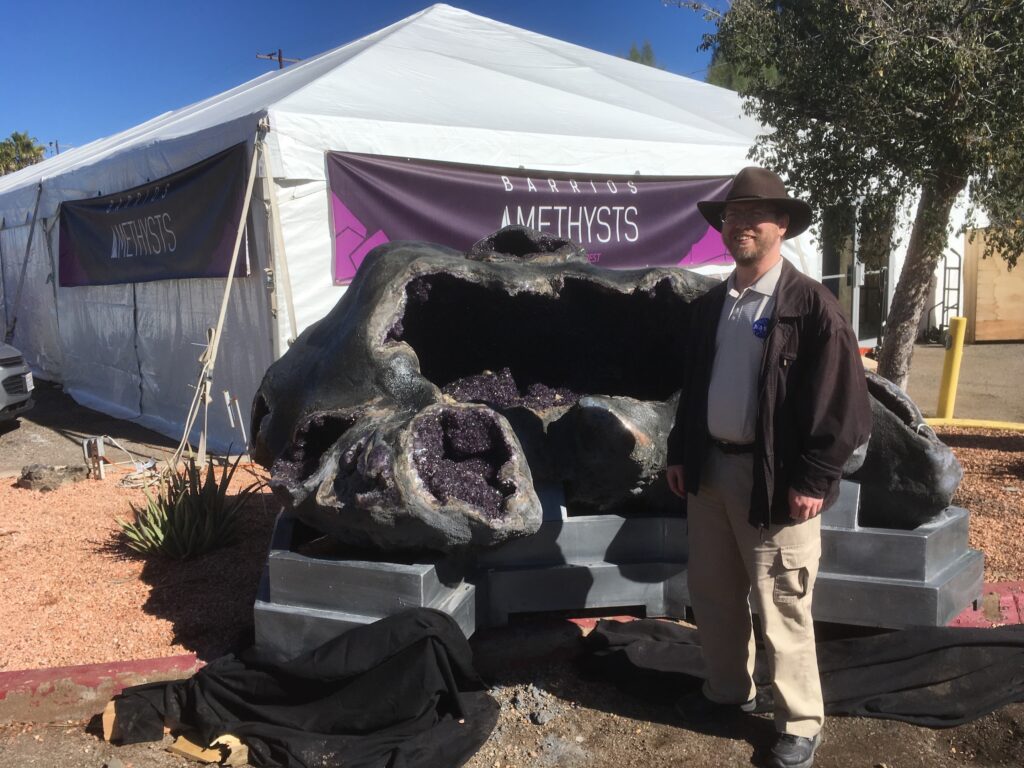 Br. Macke posing in front of a large amethyst geode.

Every year, from the end of January until about mid-February, Tucson hosts the annual Tucson Gem & Mineral Show.  Many cities host gem shows, most often occupying a large ballroom, convention space, or meeting hall.  At such shows, collectors and dealers display and sell colorful rocks and minerals, fossils, jewelry, and geological specimens of all types.  What makes the Tucson show unique is its size.  As Ed Sullivan would say, it is a “reallybig shew.” Tucson hosts not just one show, but just under fifty of them, spread around various locations throughout the city.  Practically every motel and vacant lot around town is transformed into a marketplace, each filled with vendors from all over the world peddling their wares.

I have come to Tucson every year for the gem show ever since I took on the job of meteorite curator at the Vatican Observatory, for one simple reason–such an event also draws in those who buy and sell meteorites.  This is one of the few events of the year when many of the meteorite dealers from around the world gather in one place. 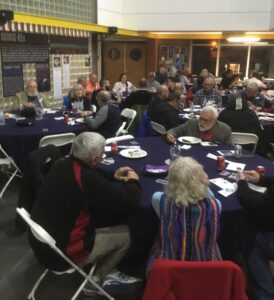 It is for this reason that the International Meteorite Collectors’ Association (IMCA) hosts its annual dinner in Tucson during the gem show. This is a great opportunity to get to know the dealers and see their wares.  For anyone interested in meteorites, the show is a great place to start or grow a collection.  It’s also a great opportunity to see recent specimens in the news–at least one shop already had specimens of the meteorite that fell in Cuba just two weeks ago! 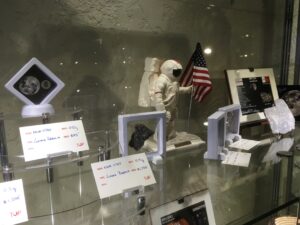 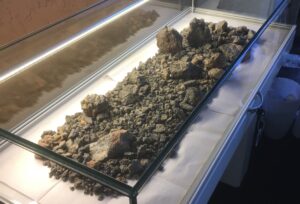 A “landscape” of lunar meteorites at Top Meteorite 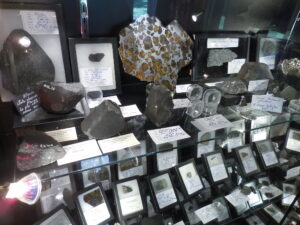 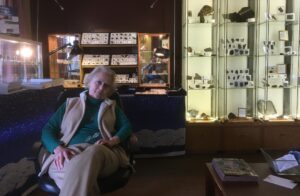 Anne Black (Impactika), from whom I purchased two meteorites

This year, the Vatican meteorite collection had a small budget to acquire two pieces that are important for the heat capacity research that I am conducting. They are pieces of Murchison (a CM2 carbonaceous chondrite) and Allende (a CV3 carbonaceous chondrite).  I will write more about the research in a separate blog post, some time in the future.

The purchase was an unusual opportunity for us; Vatican meteorite collection generally does not have much budget for purchasing new specimens, and instead we are very much dependent on the generosity of donors and benefactors.  There are some meteorite collectors, dealers, and enthusiasts who have generously given a specimen here and there, and again the gem show is a good place to encounter such people. 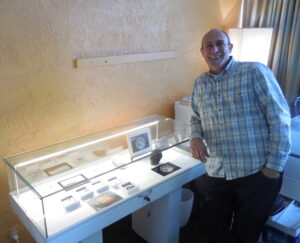 Four more specimens were added through the generosity of one particular dealer.  He gave us a beautiful slice of a eucrite as well as three specimens of a CK5 carbonaceous chondrite, knowing that these meteorites would contribute to our research as well as being very nice additions to the collection. (The CK5 in particular will contribute to the same study that will involve the aforementioned Murchison and Allende.) 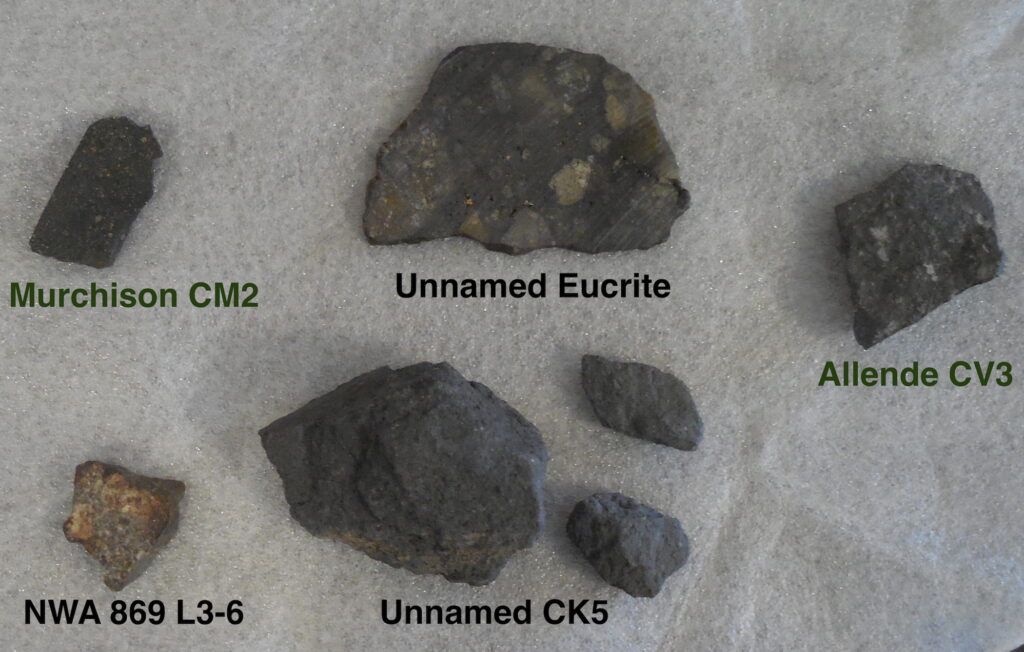 Meteorites acquired in Tucson. (Green labels are purchases, black are donations.) N.B. the unnamed meteorites are in the process of getting officially recognized by the Meteoritical Society.

I could go on and on about the show, but I figured I would keep it short and just post a few photos I took while wandering around.  I didn’t make it to the main show at the Tucson Convention Center this year, which has the most spectacular exhibits, but there’s plenty of eye candy at the other sites. Enjoy! 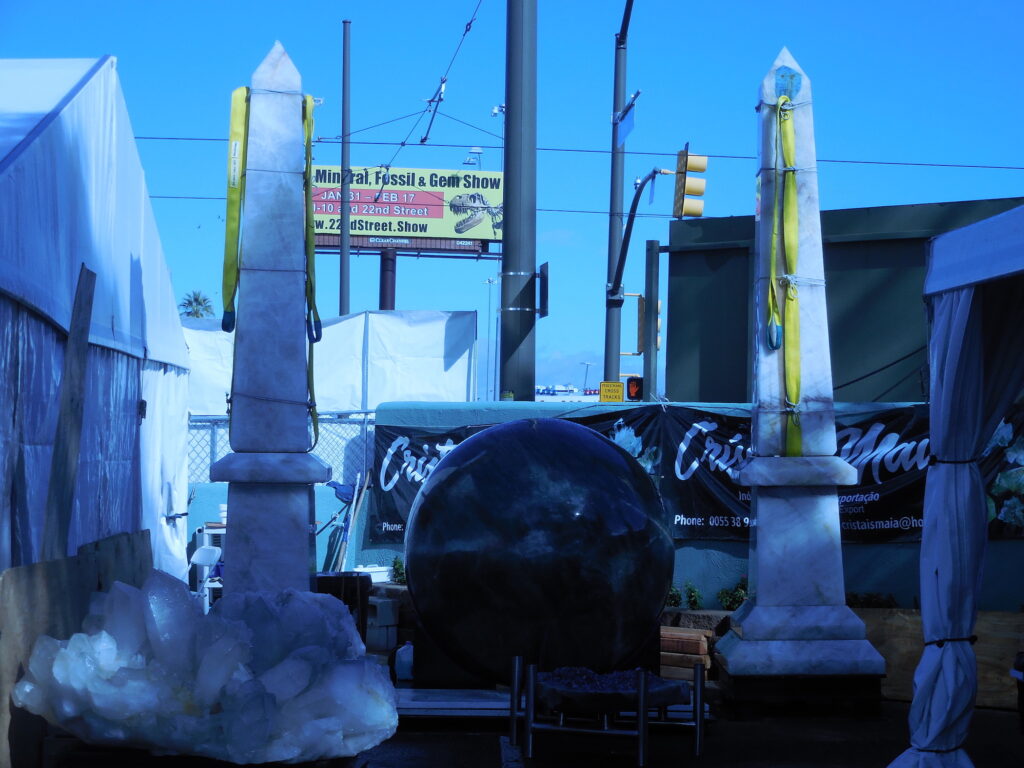 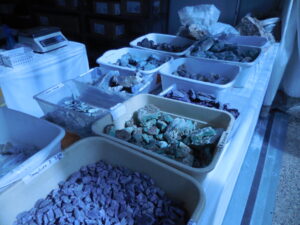 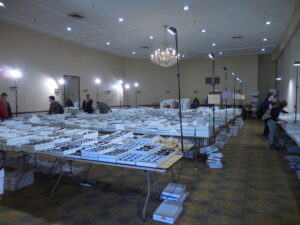 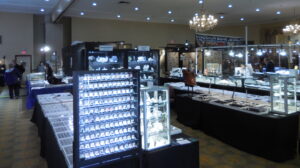 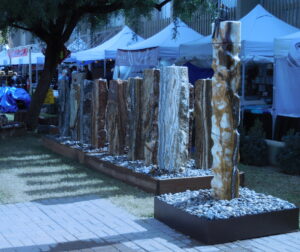 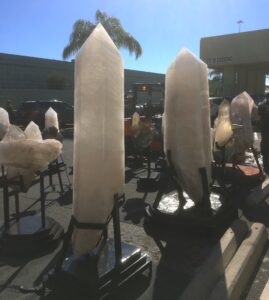 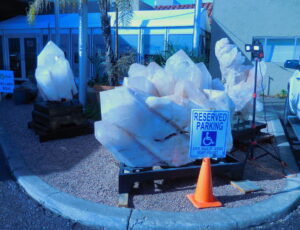 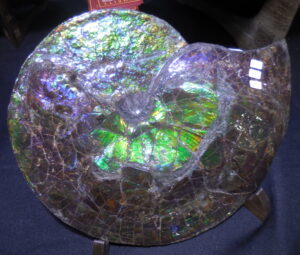 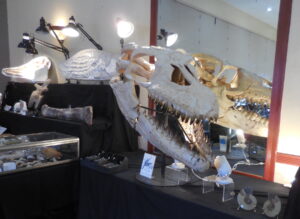 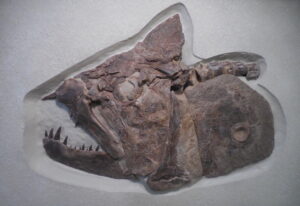 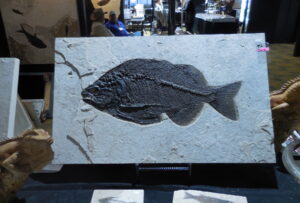 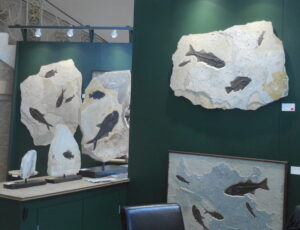 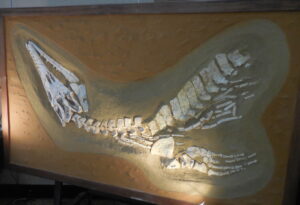 P.S. The growth of the Vatican Meteorite Collection is largely dependent on the generosity of benefactors.  If you would like to help us grow the collection, please let me know!