Tucked away in one part of the Vatican Observatory is the meteorite laboratory, where the Vatican meteorite collection of 1200 specimens resides.  The lab specializes in the measurement of physical properties such as density, porosity, magnetic susceptibilty, and heat capacity.  That is where I spend a good deal of my time.

In order to do all this research, the lab contains several instruments and miscellaneous apparatus spread across the bench tops.  This include ideal-gas pycnometers, a 3d laser scanner, a liquid nitrogen apparatus for measuring heat capacity, a vacuum chamber, and more. I will probably devote another blog post to describe the research we do with these instruments.

Occasionally, the meteorite laboratory acquires a piece of equipment that is a little unusual. One such very recent acquisition is a 3D printer: a Prusa i3 MK3*. For those unfamiliar with the concept of 3D printing, the device extrudes melted plastic through a heated print head, similar to the way a hot-glue gun works, and deposits the plastic layer-by-layer to form a three dimensional object.

Because almost any shape can be printed, there are many potential uses for such a device in the laboratory.  In the short time that the equipment has been in place, it has already proven its usefulness.

Here’s one example: A collaborator recently sent me a tiny meteorite fragment for density and porosity measurement.  Part of the measurement involves laser scanning, for which I needed a special mount to support it during the scan.  The mount was quickly designed on Tinkercad* and sent to the printer, and it worked perfectly. 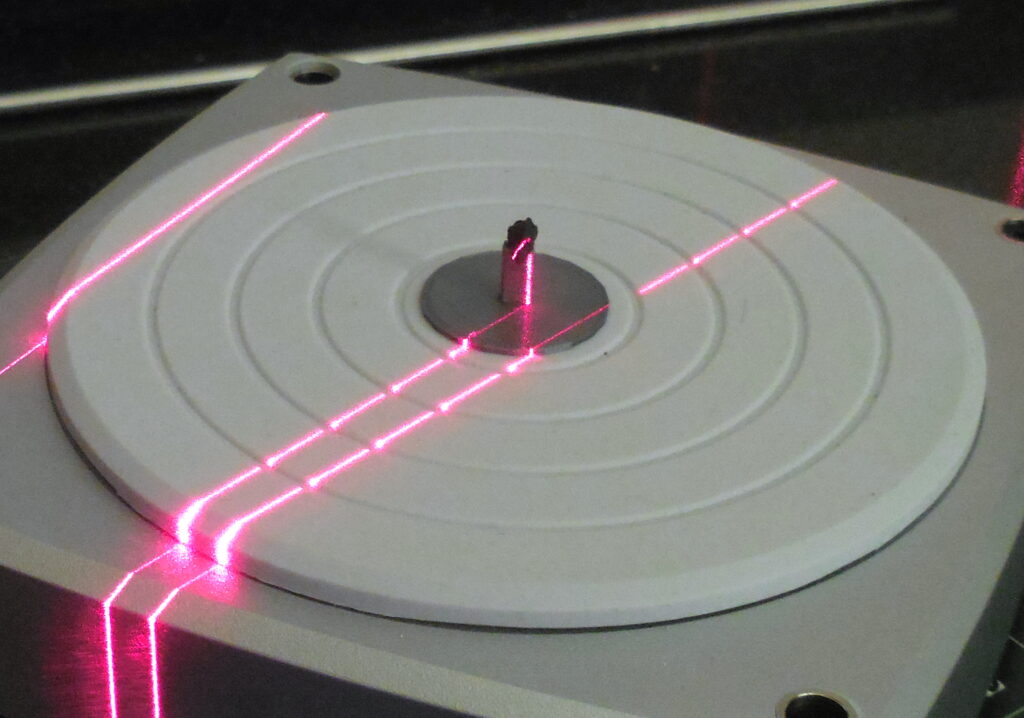 A tiny meteorite on a custom-designed mount for laser scanning.

I also designed and printed a few other miscellaneous items for the laboratory that would have been expensive and time-consuming to order and have built by an outside firm.  In the future, I may also print some custom-designed display mounts for the meteorite display.

It has some less-serious uses, too, such as printing a version of the Vatican Observatory logo. Here’s a time-lapse video of the process. 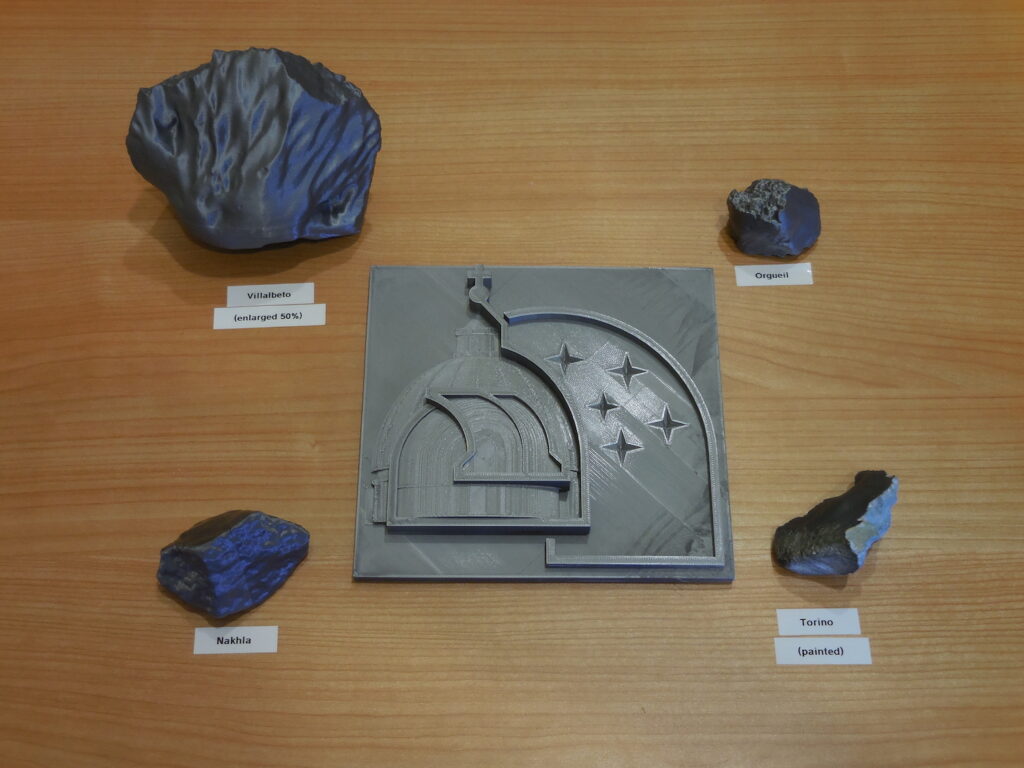 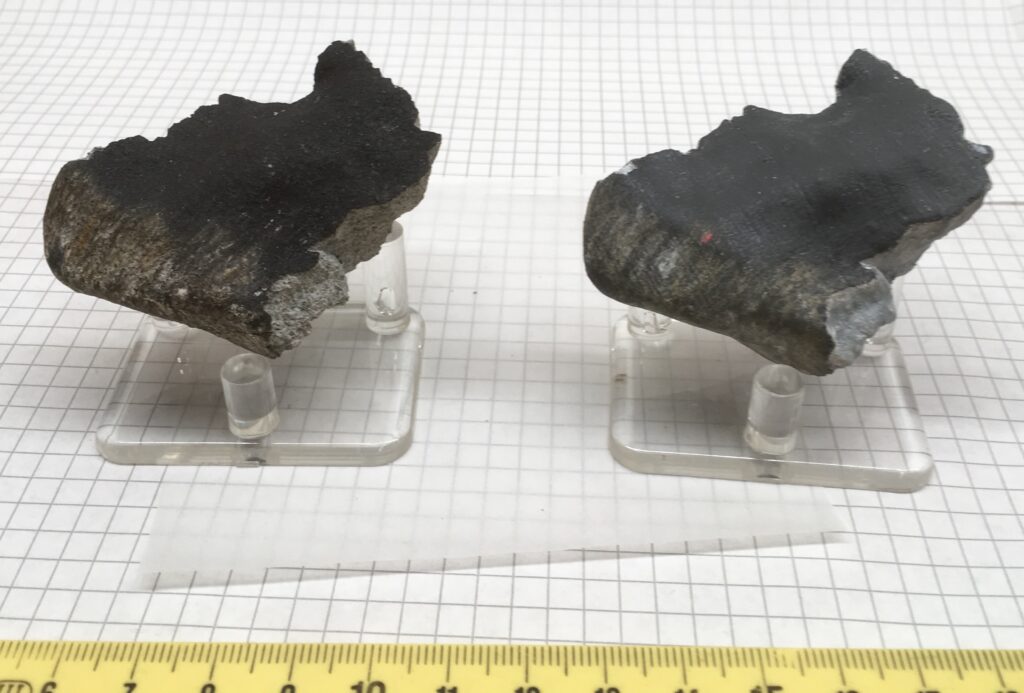 The Torino meteorite from the Vatican collection (left) next to a 3D printed copy (right). The copy has been hand-painted.

NOTE: Some readers may be concerned that airborne nanoparticles from the printer might contaminate the meteorites or other lab equipment.  The printer is not actually located within the laboratory itself.

*This is not an endorsement of any particular brand.