The United Nations has declared 2015 the International Year of Light to promote global awareness of optics and photonics. From the onset, the IYL project contains a dimension of great importance to the astronomical community, namely, quality lighting (and dark sky protection) for our continuing study of cosmic light and access to it. 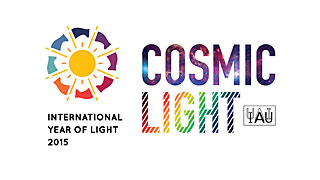 The International Astronomical Union’s Executive Committee WG on IYL is chaired by Richard Green who works at Steward Observatory. Richard convened a meeting of Southern Arizona professional observatories approach to IYL which took place on Wednesday, December 3, 2015. The Vatican Observatory was represented by Chris Corbally and me.

The main action point is that we would like to work towards a kick-off event coinciding with Pi Day  on March 14 (3/14/15 9:26 pm) which also happens to be Einstein’s birthday. It is a Saturday and very close to the New Moon – a great opportunity for star parties. It also coincides with Tucson Festival of Book on UA campus.

The meeting’s focus was a sharing of information about various initiatives. Richard Green and Connie Walker provided a write-up of the exchange (including a separate meeting in Flagstaff). Below is the material with a lot of www links.

On Thursday, December 4, I had a meeting in Safford, at East Arizona College’s Discovery Park (which has been providing the invaluable service of conducting tours for the general public of the three telescopes on Mount Graham, the Vatican Advanced Technology Telescope, the SubMillimeter Telescope and the Large Binocular Telescope). The Discovery Park is effectively the visitor center for these astronomical facilities which are at a remote site with a special regime of wildlife protection. I am very pleased to announce that we agreed to organize an “open house” and star party on Pi Day.