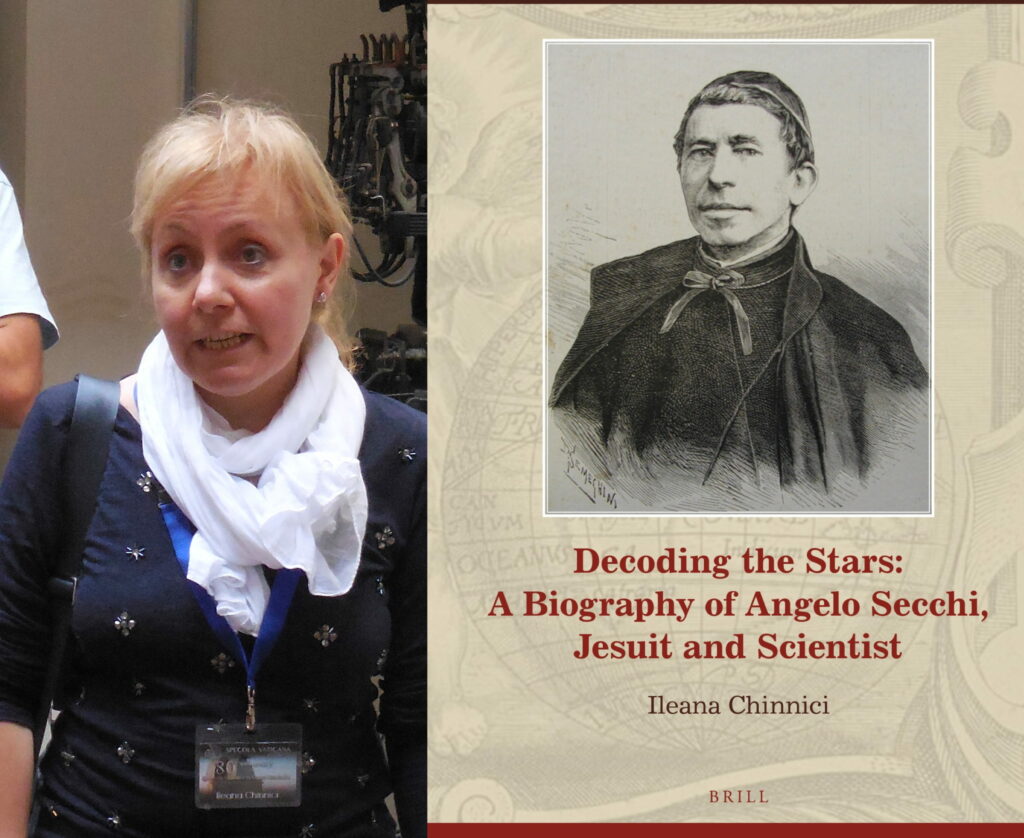 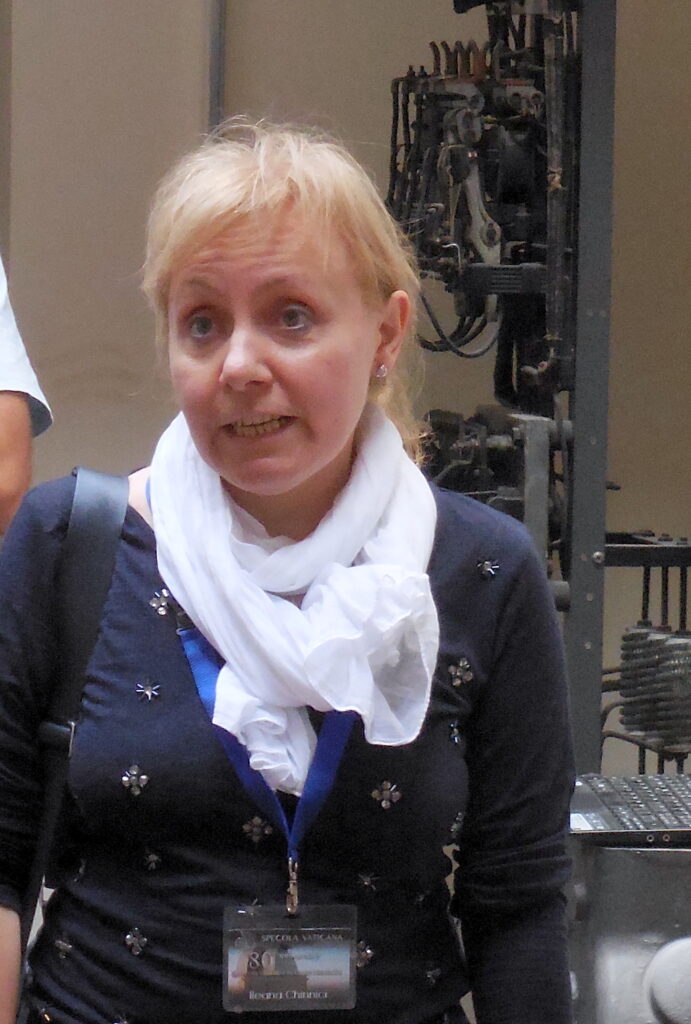 Ileana Chinnici during a meeting at the Specola in 2015 [Photo: Br. Robert Macke]

Recently, the Historical Astronomy Division of the American Astronomical Society chose to honor one of our adjunct scholars, Ileana Chinnici, with the Osterbrock Book Prize for her biography of Fr. Angelo Secchi SJ.  The prize, named for the astronomer-historian Donald E. Osterbrock, is awarded every other year for a book “judged to advance the field of the history of astronomy or to bring history of astronomy to light.” (Quote from AAS-HAD web page.)

Ileana Chinnici is a research astronomer at INAF-Astronomical Observatory of Palermo, in Sicily.  She specializes in the history of astronomy and astrophysics, with current areas of research including Fr. Angelo Secchi SJ, Pietro Tacchini, and Fr. Giuseppe Piazzi CR.  She began her association with the Vatican Observatory around the time she was a PhD student in the early 1990s.  Early on, she collaborated with Fr. Sabino Maffeo SJ on the history of the Carte du Ciel project. She became an adjunct scholar in about 2009 at the invitation of then-director Fr. Jose Funes SJ. 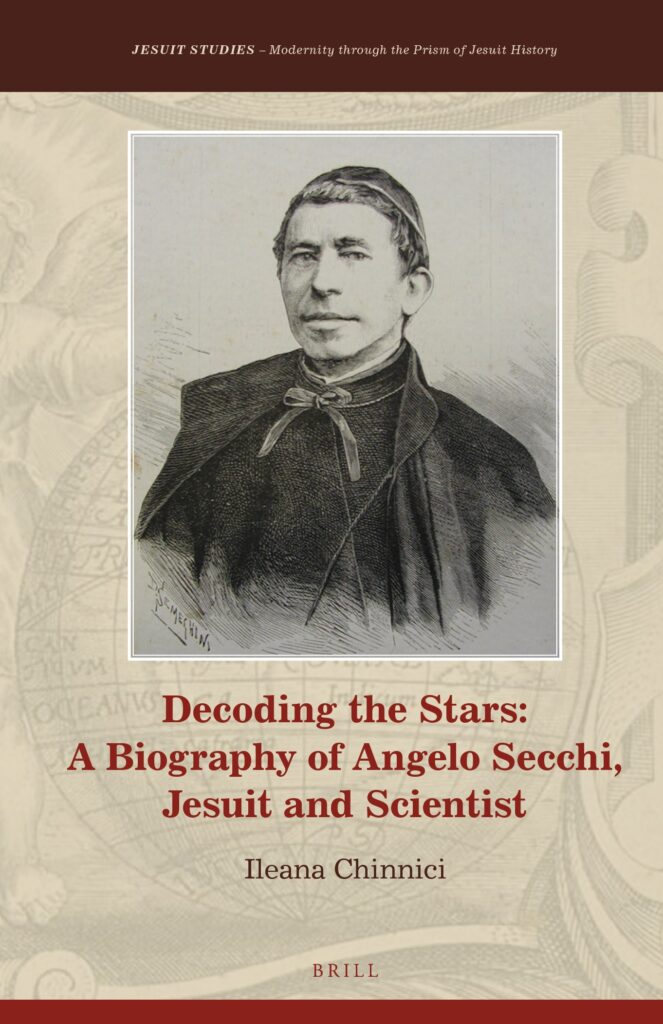 Her book, entitled Decoding the Stars: A Biography of Angelo Secchi, Jesuit and Scientist (2019, Brill, 367 pp.), is the first biography written in English about the Jesuit astrophysicist.  There have been several academic works about Secchi written in Italian or other languages–several of which include contributions by Chinnici–but he remains relatively unknown in the English speaking world.  [This is due in part to the influence of Normal Lockyer, the founder of the journal Nature and Secchi’s main rival in the field of solar physics.  He blocked any of Secchi’s works from being published in English.]

In awarding the Osterbrock Prize to Chinnici, the Historical Astronomy Division recognized not only the value of Chinnici’s research on the subject, but also the growing  importance of Secchi himself to the history of astronomy.  From their web page:

This is the first full-length biography of Italian astronomer Angelo Secchi (1818-1878) in English and will become the definitive work on this important figure in the history of astrophysics. Secchi became well known as part of the transition from classical positional astronomy to astrophysics. He was a pioneer of spectroscopy and its application to stellar classification and solar physics. At the 25th anniversary of Secchi’s death, George Ellery Hale praised his contributions “to the present widespread interest in Astro-physical research.” Chinnici’s book covers not only the research that Secchi is remembered for, but also the broader environment in which he worked. Based on extensive research in Italian and Vatican archives, it is richly illustrated with many color and black-and-white photographs. [Source: AAS-HAD]

I interviewed Chinnici in our library a few years ago for a YouTube video about Angelo Secchi.  Here’s the video:

You can also read a Sacred Space Astronomy blog post about Secchi.

The book prize will be presented at a virtual meeting of the HAD in January 2021.

Observatory on a Church – Part 3