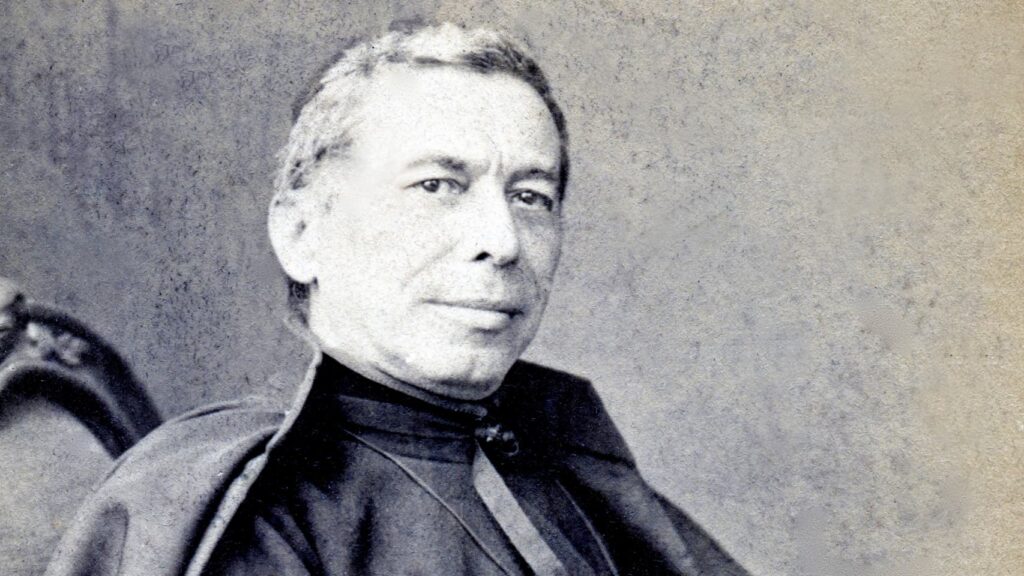 Now in this volume, a series of experts in Secchi’s many different fields of interest expand on the details of what he accomplished. But in addition to describing his science, the authors of the papers that follow have extended this study of Secchi’s activities in three fascinating dimensions.

The first is an examination of how Secchi’s philosophy and theology interacted with both the Jesuit tradition in which he was educated and the controversial philosophical and theological currents that surrounded the 1860s and 1870s.

This epoch, the period of Secchi’s most intense activity, was also the time surrounding the First Vatican Ecumenical Council.

As other historians have described (see John W. O’Malley’s 2018 book, Vatican I, The Council and the Making of the Ultamontane Church), one might argue that this council in many ways failed spectacularly in responding to the intellectual currents of its time.

The reason behind this failure was fundamentally that the currents themselves were not yet mature. But it was exactly out of those first false steps that the progress leading to the Second Vatican Council was made possible. And in seeing how they played out in Secchi himself, we can appreciate both the causes of those problems and the ways that they would eventually be addressed.

The development of science after Secchi

The second dimension is to explore how science in Italy developed after Secchi.

It is fascinating to see how the politics and personalities of those times effectively strangled the growth that one might have expected in the fields of spectroscopy and astrophysics, in geomagnetism, or in meteorology, in spite of the excellent foundations that Secchi had laid.

By contrast, however, his often-neglected contributions to science for the public good, from the timekeeping system to public health and environmental concerns, did take root in Italy so completely that today they are taken for granted, and thus generally unremarked.

The third dimension, reflected in the title of this volume, is the fundamental change in the nature of science itself during the quarter century of Secchi’s greatest activity, from 1850 to 1875.

Though for all that we honor Galileo and Newton as the founders of modern science, actually science as we know it is, for better or worse, a 19th century invention. And Secchi was a key figure in how that came about.

Secchi altered the nature of the questions that science would ask: from “how are things arranged?” to “what are things made of and how do they work?”

This is seen most clearly in his pioneering studies of stellar spectroscopy, done in the face of opposition from the traditional astronomers who saw only the measurement of star positions as their appropriate work.

Secchi embraced the new technologies of electricity and steam to change the way that data were collected.

He pioneered the use of telegraphy to produce synoptic weather maps; and with newly devised batteries, wires, and electrical relays he created his famous device to automatically record climate and weather data.

At the same time, he took advantage of the ease of travel (and postal delivery) that steam-powered ships and trains provided to correspond regularly with scientists from Sicily to Paris to Berlin, and to travel routinely across Europe to observe eclipses and attend scientific congresses.

This began with his own journeys to England and the United States in 1848-1850, which transformed his own understanding of the scientific enterprise.

Secchi and the Holy See

Finally, and perhaps most radically, he found ways to integrate his own scientific interests with the needs of his national government (the Holy See), providing it with the expertise to deal with the challenges of the times.

This included the response of the government to the growth of urban areas, with its concomitant issues of public health, and the systemization of its cartography and timekeeping.

He also demonstrated to his government, and to the Church, how important and useful it was to have a visible and credible presence in the world of science.

The natural philosopher of 1801—toiling before even the word scientist had been coined—would not recognize the life of a scientist of 1860.

By contrast, Secchi’s day to day activities are not all that unrecognizable to a scientist of today. From his time forward, science would be the enterprise of collaborations tied together by modern communication technology; the collection of data would depend more and more on complex instruments of a sort that would require a team of supporting engineers; and its support would be closely tied to government funding of both universities and national observatories.

Because Secchi’s work was so wide-ranging, we can find reflected in his life so many of the changes that stormed the intellectual world of the mid 19th century.

Seeing how Secchi himself was personally touched by these changes, and how in turn he affected them, we can help relive and appreciate those developments. In him we find the roots of contemporary science.