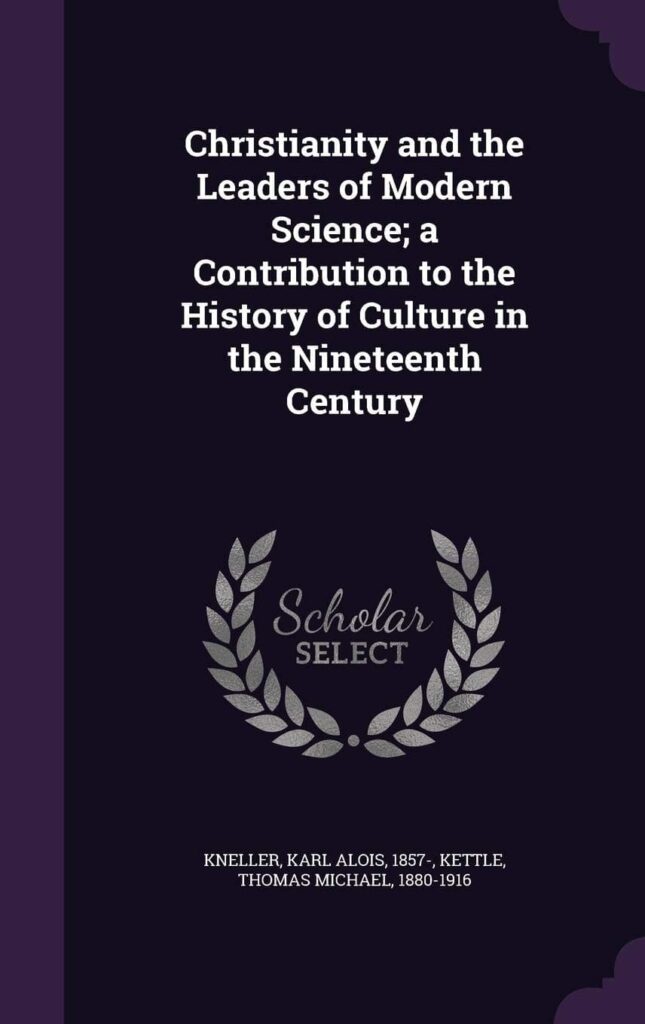 This book was written by Karl Alois Kneller, S. J., with an introduction by T. A. Findlay, S. J., and published in 1911 with approval from the bishop of Freiburg. The aim of the book is to illustrate the religious belief of various scientists. Kneller writes:

Scientific discoveries, we are assured, have undermined the very foundations of religion — belief in the existence of God, and in the presence of a spiritual soul in man — and in short we must either renounce religion altogether or cast about for a new form of it, more in harmony with the results of the modern interpretation of nature. Assertions of this kind are to be met with everywhere. Newspapers and brochures are full of them; popular works on science treat them as self-evident, and seize every opportunity of insinuating that no one of any scientific standing any longer troubles about religion. Nor does it need any deep knowledge of human nature to understand how greatly representations of this kind contribute to the spread of Materialism. It is not only in matters of dress and outer things that fashion rules, and that society takes its tone from certain ‘circles’. Those who by wealth, nobility of birth, or erudition stand out from the common mass, exercise, by word and example, the most far-reaching influence in graver questions also, questions in which least of all their influence ought to be felt. How then could the average man fail to be startled when, following an exposition of the brilliant discoveries of modern research, he is assured, or at least given to understand, that every eminent mind that has contributed to such marvels has rejected Christianity and welcomed in Materialism and Atheism the light and the salvation of the future?…

We call in question not the inference from the alleged enmity between science and religion, but the fact of this enmity itself. From the writers who represent themselves as the champions of science we wish to turn to those who are recognized as such in the largest sense of the word, those to whom the advance of science is due, the veritable pioneers. These, before all, we desire to question concerning this conflict between scientific research and religious belief. If it exists, it will naturally be found most patent to minds of the first order. And if on the other hand we find among the great investigators, the very pioneers of science, many firm and fervent believers, and many others who admit the fundamental truths on which Christianity is founded, we shall not set a very high value on this pretended antagonism between knowledge and belief….