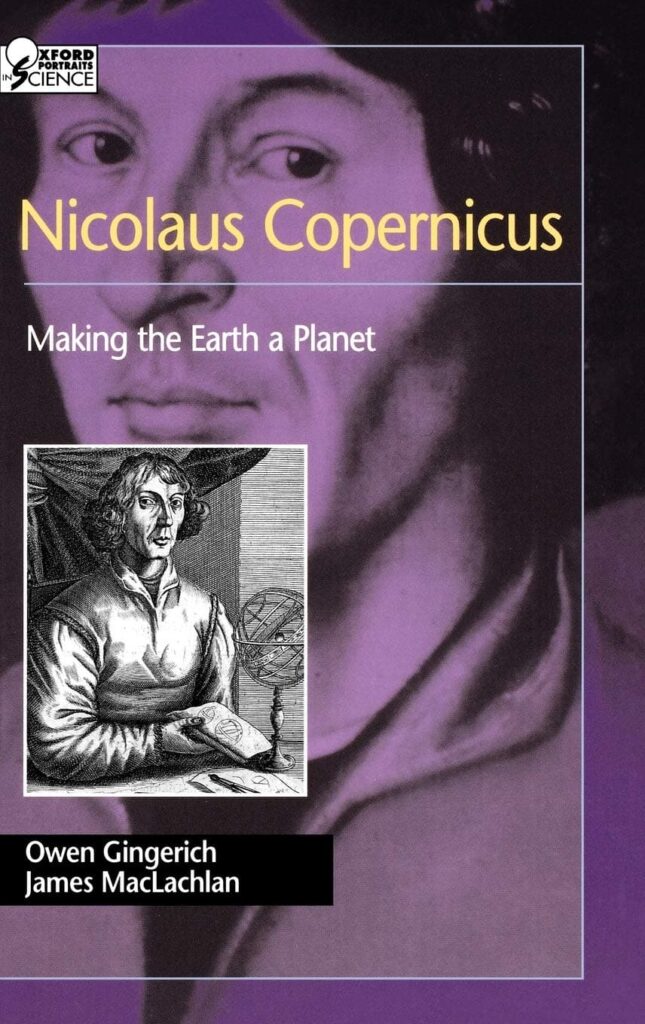 This book by Owen Gingerich and James MacLachlan is part of the Oxford Portraits in Science series for young adults. The general editor of this series is Gingerich, a historian of science with Harvard University, and an astronomer with the Harvard-Smithsonian Center for Astrophysics. This book discusses both the astronomical work of Nicolaus Copernicus (including some technical detail) and his life as a canon in the Cathedral of Frombork, Poland. 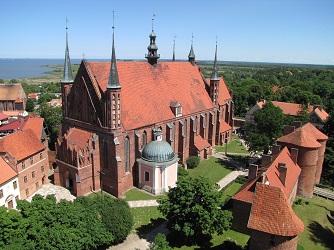 Born in Poland in 1473, Nicolaus Copernicus launched a quiet revolution. No scientist so radically transformed our understanding of our place in the universe as this curious bishop’s doctor and church official. In his quest to discover a beautiful and coherent system to describe the motions of the planets, Copernicus placed the sun in the center of the system and made the earth a planet traveling around the sun. Today it is hard to imagine our solar system any other way, but for his time Copernicus’s idea was earthshaking. In 1616 the church banned his book Revolutions because it contradicted the accepted notion that God placed Earth in the center of the universe. Even though those who knew of his work considered his idea dangerous, Revolutions remained of interest only to other scientists for many years. It took almost two hundred years for his concept of a sun-centered system to reach the general public. None the less, what Copernicus set out in his remarkable text truly revolutionized science. For this, Copernicus, a quiet doctor who made a tremendous leap of imagination, is considered the father of the Scientific Revolution.

Oxford Portraits in Science is an on-going series of scientific biographies for young adults. Written by top scholars and writers, each biography examines the personality of its subject as well as the thought process leading to his or her discoveries. These illustrated biographies combine accessible technical information with compelling personal stories to portray the scientists whose work has shaped our understanding of the natural world.

Copernicus’s On the Revolutions—A Book That Continues to Challenge