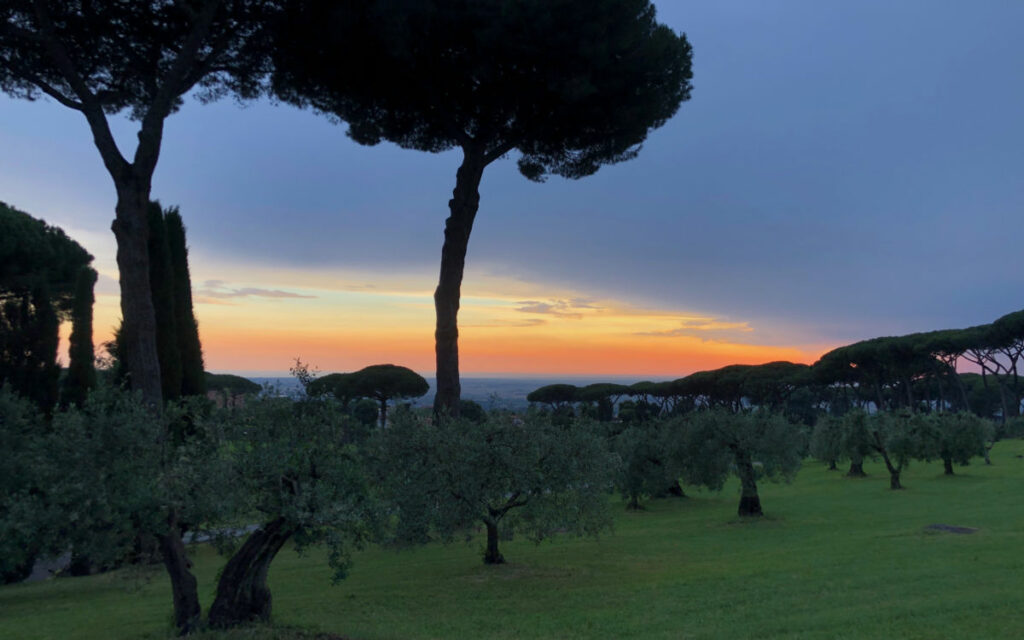 And then I wrote… In June of 2016 I was invited to give two lectures at Loyola University of Maryland for their annual Cosmos and Creation seminar. This is the fourth and final part of that talk; Part 1 and Part 2 dealt with Talking to the Faithful; Part 3 and this part on Talking to the Skeptics.

When it comes to understanding atheism, its roots and its escape, I’d like to reference two books by the Jesuit Fr. Michael J. Buckley SJ. At the Origins of Modern Atheism is his great work, widely read and widely quoted, and justly so. The other, Denying and Disclosing God, is a later and thinner book, but in some ways more approachable and with some key insights that I will borrow here. I recommend them both.

One of Buckley’s key insights is that “To be an atheist one must have a clear idea of the God one does not believe in.”

I remember seeing a photograph of one of the world’s most famous atheists, the elderly British biologist Richard Dawkins, posing with a smirk on his face in front of the advertising he had put on the side of London buses as a publicity stunt a few years back. The sign on the bus read, “There’s probably no God. Now stop worrying and enjoy your life.” To show what he meant by enjoying life, he had an attractive young woman draped around his shoulder; her tee-shirt bore the same slogan.

Notice the idea of God that he assumes. To Dawkins, God is primarily a source of worry, someone who would get in the way of you enjoying your life. And also notice that his idea of enjoying life is to have a “babe” on his shoulder; her idea of the good life is having a famous sugar daddy. There’s more than one bit of advertising going on in this photo.

But why does the popular culture, which Dawkins and his friends embrace and exploit, equate science with atheism? After all, while Kepler and Newton had pretty odd ideas of theology, neither one of them would have accepted or appreciated being called an atheist. Both were strong believers of their own versions of God.

Buckley attempts to answer that question historically. He argues that modern atheism can be traced to the very attempts to use the new certainties of modern science (the stuff we now recognize isn’t so certain) as a means to prove that God really did exist.

For example, Newton’s laws of motion and gravity described the motions of the planets around the Sun in a way no one had ever been able to do before. But he couldn’t explain why they didn’t disturb each other with their own gravities. Instead, he used the obvious stability of the solar system as evidence of God’s benevolent interference. When the French mathematician Pierre-Simon Laplace developed a far more advanced mathematical description of planetary orbits, a hundred years later, that “proof” of God’s action was made moot.

Likewise, when Plato argued that motion in the universe demanded a Prime Mover, theologians happily identified that Prime Mover with God. Newton happily kept that idea, insisting only that once the universe was set in motion, its laws inexorably described its future course. Such a picture of God, the Deist view, no longer saw God personally involved in the lives of individual humans but rather as merely the “prime mover” in Plato’s sense; and someone responsible for bridging the gaps in our understanding of physics.

But this God of the Gaps, Buckley argues, is precisely what led to atheism. If your proof of God is the existence of such gaps, then once the gaps are filled by natural laws, you wind up showing that in fact there is no need for God after all. Thus, atheism.

But notice, the god that was lost was already not much of a god; it’d already been reduced to just one force alongside all the other forces in nature. Rather than being supernatural, outside space and time, existence before the beginning, before the “before”, this kind of god was back to being a sort of pagan nature deity.

Remember Buckley’s insight. “To be an atheist one must have a clear idea of the God one does not believe in.” Carl Sagan, the noted American astronomer and popularizer of my generation, put it another way… one of his grad students once told me she’d heard him say, “An atheist is someone who knows more than I do.”

Given that most scientific “atheists” have rejected a Deist god that is far from the Christian God in any event, we can ask, what is religion to a skeptic? Does one of my skeptic friends have it right when she says, “Religion is just a behavior modification system to get people to act good”?

My experience is with my techie friends suggests that this idea of religion, defining it in terms of its function, is much more widespread than outright atheism. And it assumes an axiomatic kind of agnosticism. They assume that they can never find the truth about whether or not there is a God, and so to them the only honest response is to throw up their hands and move on. The absence of evidence may not be evidence of an absence, but it sure is no proof of a presence either!

But we are all scientists now, in Western culture. Even the fundamentalists claim to be scientists. We all look for evidence for everything. The fundamentalists fall back on all the bits of science that they can’t understand (how does life evolve?) as proof of the need of God; the skeptics, rightly, reject such arguments. But we are neither skeptics nor creationists. What is the evidence on which we can base our faith?

It is not the orbits of the planets, or the position of the Sun or the Moon. It is not the authority of ancient sages, either saints or scientists. Instead, in his later book, Buckley suggests a very different sort of evidence. He quotes a twentieth century philosopher, Raïssa Maritain, who came to Christianity late in life. She encountered, in her study of history and in her own life, the lives of saints. The essential data point for her was what she called “the fact of sanctity.”

Holiness exists. Any theory of the universe that fails to take into account that existence, is incomplete.

When I spoke to the student in South Carolina who wanted to know how to tell his mom he would be studying geology, we both came to the conclusion that no sound bite would do the answer. Instead, if he was going to be a geologist, he would also have to be a good, upstanding person – the effort of a lifetime. Only that would convince her.

And how did Jesus convince people? I doubt that any of his clever arguments changed any minds among the scribes and pharisees. No one has ever been converted by a syllogism.

But instead, consider how Jesus converts the Woman at the Well, described in Chapter 4 of John’s gospel. It starts when Jesus makes the first approach to the Samaritan woman, asking as a supplicant for a cup of water from her. He soon offers her the “living water” of eternal life. Though she’s a Samaritan, and someone who’s been married five times, she is overcome by the fact that Jesus knows all about her and still loves her. She is moved by who Jesus is; what He tells her about herself; His obvious sanctity. And that makes her start to question the cosmology that up to now she’s lived inside. It’s the first step toward conversion.

Which leads me to ask, finally, just what kind of success is that that we hope to accomplish in our conversations about science and faith? What conversion experience do we hope to trigger?

One of the scribes came near and heard them disputing with one another, and seeing that He answered them well, he asked Him, “Which commandment is the first of all?”

When Jesus saw that he answered wisely, He said to him, “You are not far from the kingdom of God.” After that no one dared to ask him any question.

Once again, Jesus succeeds by changing the ground of the discussion – in this case, from law to love. And for once, he gets the scribe to agree with Him. But the story doesn’t end there. In fact, the final success occurs when Jesus agrees with the scribe.

We know we’ve won the argument when we can acknowledge that the other side is right.

7  |  Curiosity and the Exploration of Mars, II