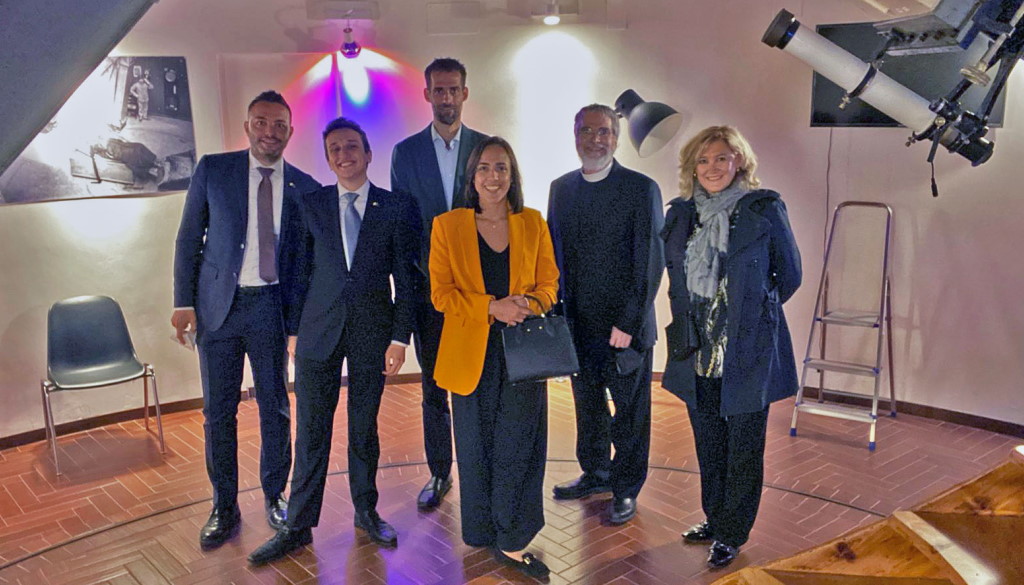 Her excellency Chiara Porro, Australian Ambassador to the Holy See, visited the Vatican Observatory headquarters in Castel Gandolfo on May 19, 2021; she was accompanied by her husband and members of the Embassy staff.

In her Twitter feed, she wrote that it was “fascinating visit to the Vatican Observatory today – including four telescopes, two on the roof of the Apostolic Palace of Castel Gandolfo. Great also to discuss the Square Kilometre Array Observatory (the world’s largest radio telescope) which will be built in Australia.”

The Square Kilometre Array (SKA) project is an international effort to build the world’s largest radio telescope, with eventually over a square kilometre (one million square metres) of collecting area. The scale of the SKA represents a huge leap forward in both engineering and research & development towards building and delivering a unique instrument, with the detailed design and preparation now well under way. As one of the largest scientific endeavours in history, the SKA will bring together a wealth of the world’s finest scientists, engineers and policy makers to bring the project to fruition.

The sheer amount of raw data produced by all these antennas will be equivalent to five times the internet traffic.

Cover Image: Ambassador Porro, her husband Mr. Rien Schuurhuis (standing behind her), and other guests from the Australian embassy with Br. Guy Consolmagno in the dome of the historic Carte du Ciel telescope.